The November auction includes the first selection from an exciting private collection of 20th Century Japanese ceramics. It is an extraordinary collection, totalling over 250 pieces in all, featuring works by world renowned Mingei and Sodeisha artists. The collection includes traditional tea ceremony wares as well as more avant-garde sculptural works. The Parisian collector began collecting French ceramics but discovered British ceramics when he spent a number of years living in London. The Contemporary Ceramics auctions at Bonhams proved a valuable source at this time and his early interest in the works of Bernard Leach quickly him to Hamada Shoji and on to the world of Japanese ceramics. The vendor was greatly advised by the renowned Japanese ceramics specialist Robert Yellin. Many of the works were purchased from his Yakimono Gallery in Kyoto, and some of them from Yellin's personal collection when his book Ode to Japanese Pottery was published in English in 2004. A number of works in the collection are reproduced in this book. Other works were purchased from Mainichi, the leading auction house of Japan. This collection offers a rare and exciting opportunity to view and handle works by some of the Japanese ceramic masters and Living National Treasures. 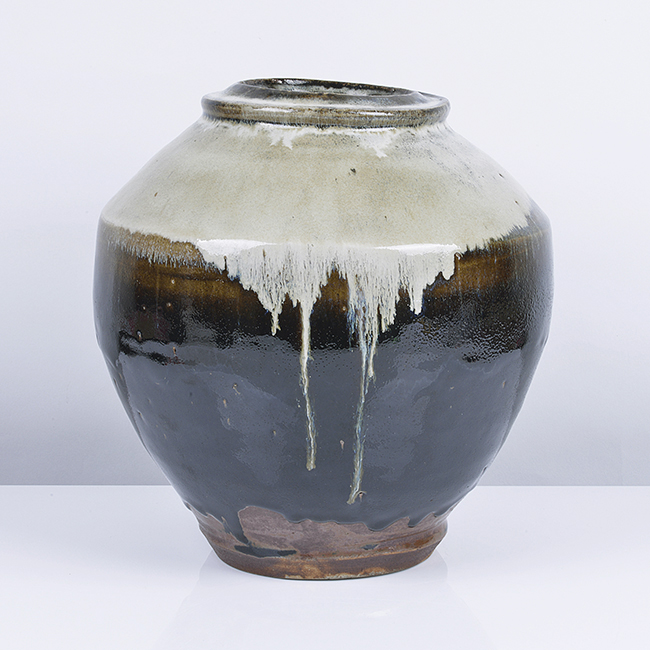