Henderson was born in Staffordshire and after he served his national service in the RAF, began to pursue an artist career, when in 1964 he undertook a foundation course at Goldsmith’s College, London. It was here that he was first seduced by clay and after a year at Goldsmith’s he enrolled at Camberwell School of Art, London to study ceramics under, amongst others, Hans Coper and Lucy Rie. In direct contrast to the works of Coper and Rie, Henderson chose to explore possibilities of hand-building, finding greater dynamic potential in asymmetry. His work, characterised by rough, dry surfaces made of mixtures of clay coloured with oxides and stains, continually developed as his vessels became increasingly organic and sculptural. 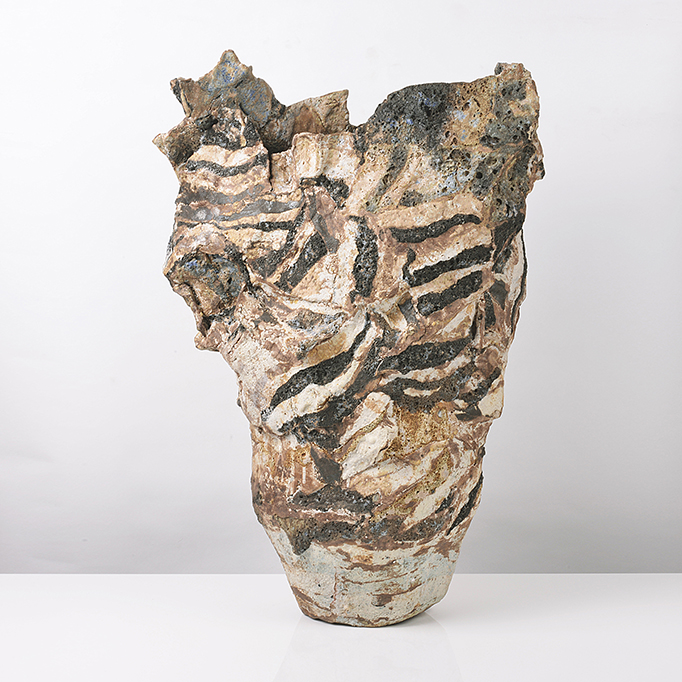