His work explores ‘objects that relate both directly and indirectly to function’, primarily focused on Bowl and Jug forms but with some exploration of other forms towards the later part of his career. His technically highly proficient glazing methods produced vivid colours and textures that bring his forms to life. 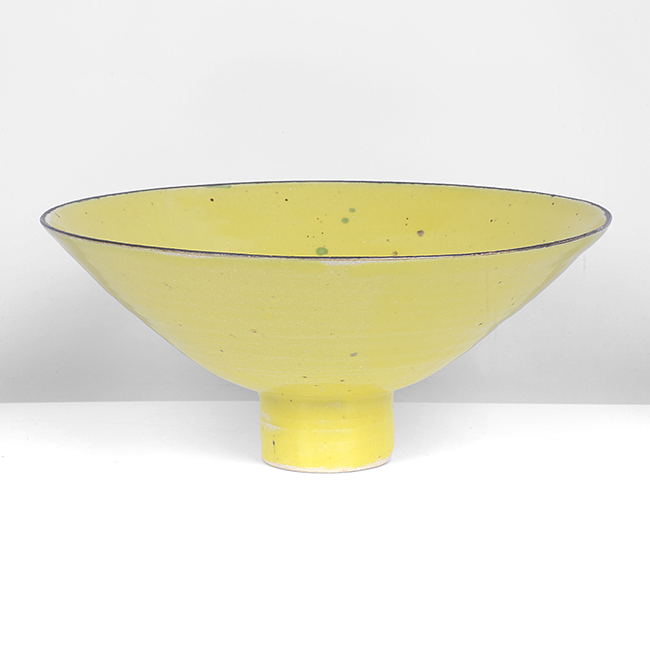